A Response is an Interaction Piece that follows the activation of a Trigger. A Response can have different properties based on how it is tied with a Trigger.

Moving a layer to preset coordinates.

Coordinates for a layer’s destination

Enlarging or shrinking a layer to preset sizes.

It is possible to modify the size of a layer with fixed values for the width and the height. (When containers are resized, the layers within the container remain unchanged.)

It is possible to modify the size of a layer proportionally by a certain %. (When containers are resized, the layers within the container are also resized.)

Turning a layer to preset angles.

The angle a layer rotates to

The amount of rotation a layer rotates by

The area towards which a layer moves

Turning a layer to preset angles in a three-dimensional field.

The angle a layer rotates to

The amount of rotation a layer rotates by

The area towards which a layer moves

The reference point from which a layer undergoes rotation or resizing

Changing the transparency of a layer.

Add shadows to a layer and adjust the color as well as other values.

Shadows can be customized based on the chosen coordinates and blur

Borders can be placed on the inside, center or outside of a layer’s outline

Changing the radius of a layer

This option scrolls a layer to a specified location.

The amount a layer scrolls

Changing the order of layers in a stack.

The changes of a layer’s order

Go from one scene to another scene.

Jump to a certain scene

Transition effects when jumping to a scene

The selected scene will be resetted when jumping to it. If this option is not enabled, the scene is left in its last state

Playback works with audio and video layers. Playback can be used to play, pause and seek.

Play the video or audio file

Pause the video or audio file

Move to a specific point in the video or audio file. Input a desired point using the M:SS format

A text’s property and the contents can be changed. Text Responses have no duration.

The text is resized

The text can be made bolder or lighter

The text’s horizontal or vertical alignment can be adjusted

The text’s line spacing can be adjusted

Furthermore, Send responses in combination with Receive triggers can be used in one scene to modularize interactions or reuse a set of responses avoiding repetitive work.

Inside the component, you can use the Send response to send a message and this can be received by a Receive trigger outside the component. This also works the other way around. Refer to Components for more information.

Select ProtoPie Studio as a channel to allow interactions among devices.

To modularize interactions or reuse a set of responses avoiding repetitive work, you can use Receive triggers and Send responses in one scene.

It is possible to send a value together with a message. This value would have to be assigned to a variable upon receiving.

The cursor focuses in on or out of the selected Input Layer.

The cursor focuses in on the selected Input Layer.

The cursor focuses out of the selected Input Layer.

The value of a variable can be overwritten with another one.

You can enter website URLs and visit a website in the browser or the in-app browser on iOS.

You can enter formulas and use the Link response more dynamically.

This works with the camera layer. It is used to start or stop the camera.

Use the current camera.

Use the current camera.

Use the rear-facing camera.

Use the camera facing the opposite side of the last used camera.

Reset the current scene, a layer or a variable. You can make a whole scene start over and make a layer or variable go back to its initial state.

You can blur underneath layers with different styles that are defined by Apple iOS as below:

≥ Greater than or equal to

≤ Less than or equal to

A Response is triggered when a property of the target layer is exactly the same as that set for this property.

≠ Not equal to 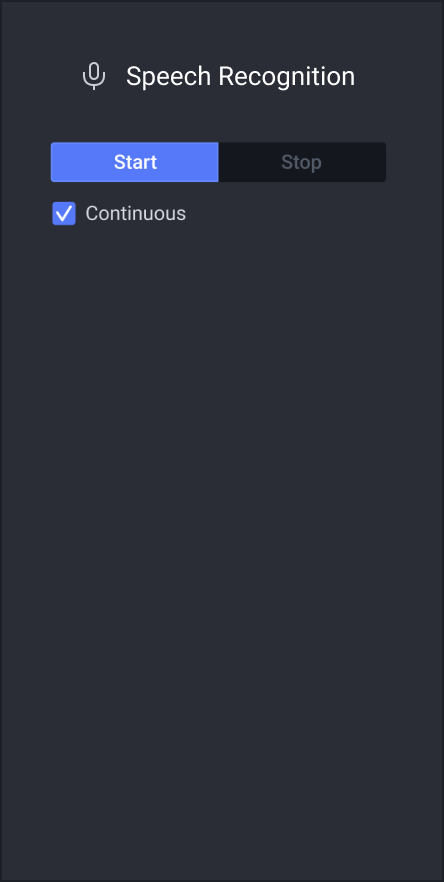 You can make a prototype "speak" by reading a text, either as-is or via a formula, out loud.

You can enter the text to be read out loud.

To make your voice interaction more dynamic, you can use formulas as long as the used formula results in a text. Also, you can use the predefined variable $voiceTranscript that stores the last recognized speech.

You can choose from 40 languages and language variants.

You can choose between a female and male voice per language.

You can adjust the speed by choosing a value between 0.5 and 2.

You can adjust the pitch by choosing a value between 0.5 and 2. 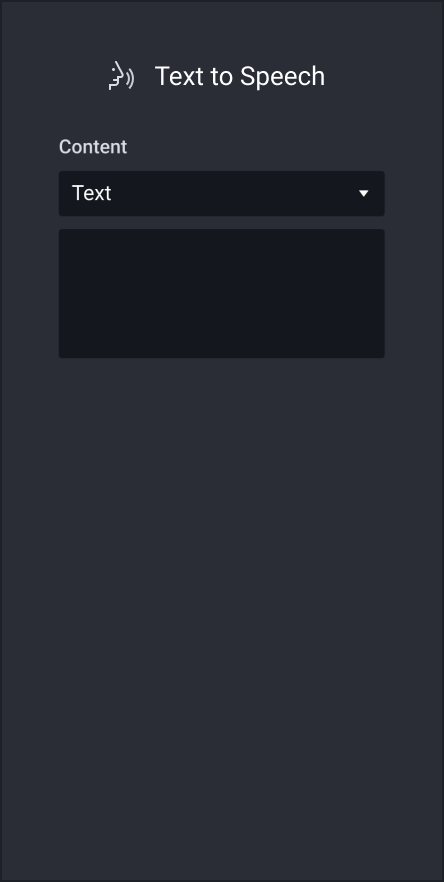