Interaction libraries are essentially collections of components existing in ProtoPie Cloud for you and team members to use instances of components in prototypes very easily and quickly.

There are three types of interaction libraries: team, personal, and public libraries. 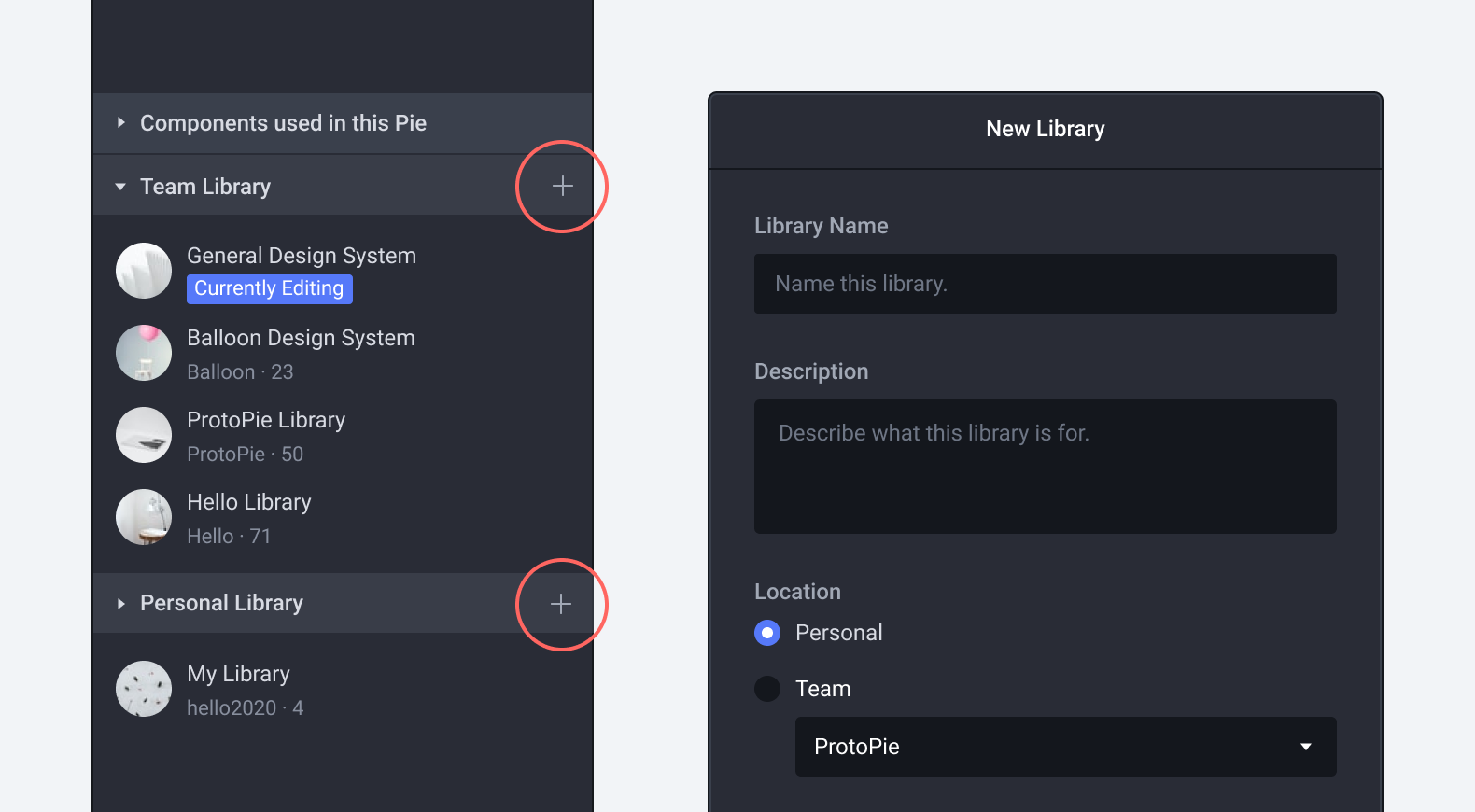 Then a new library window will be opened and you will be able to see the current interaction library tagged as Currently Editing in the component panel. The purple banner on top tells you that you are in library edit mode. 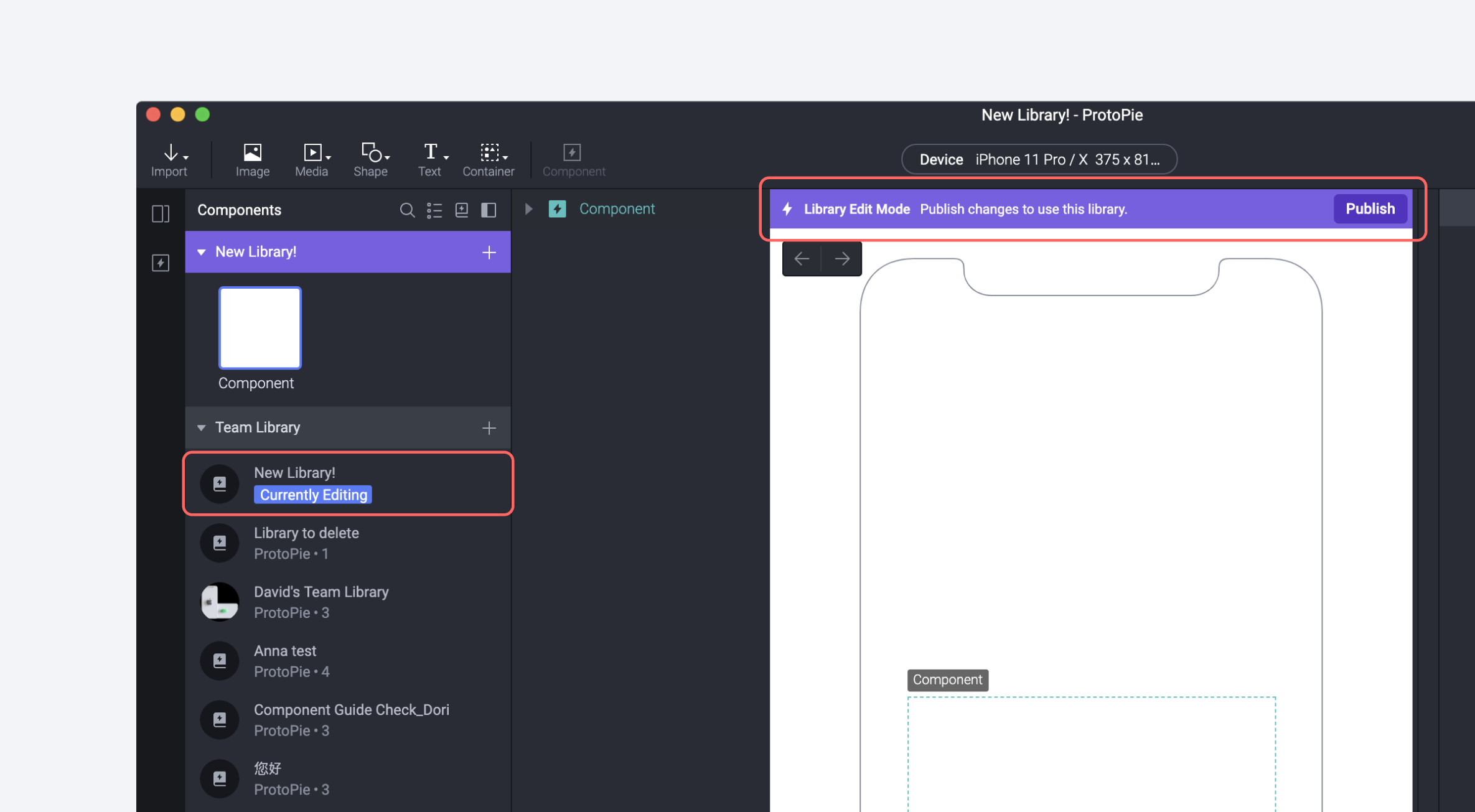 For you and/or others in your team to use the latest components in your interaction libraries, you would have to publish your changes to the cloud. Save your changes first and then click on the Publish button on the right side of the purple banner or in the top right corner of ProtoPie Studio.

For team libraries, any member of your team who is an editor can use these components in their prototypes. 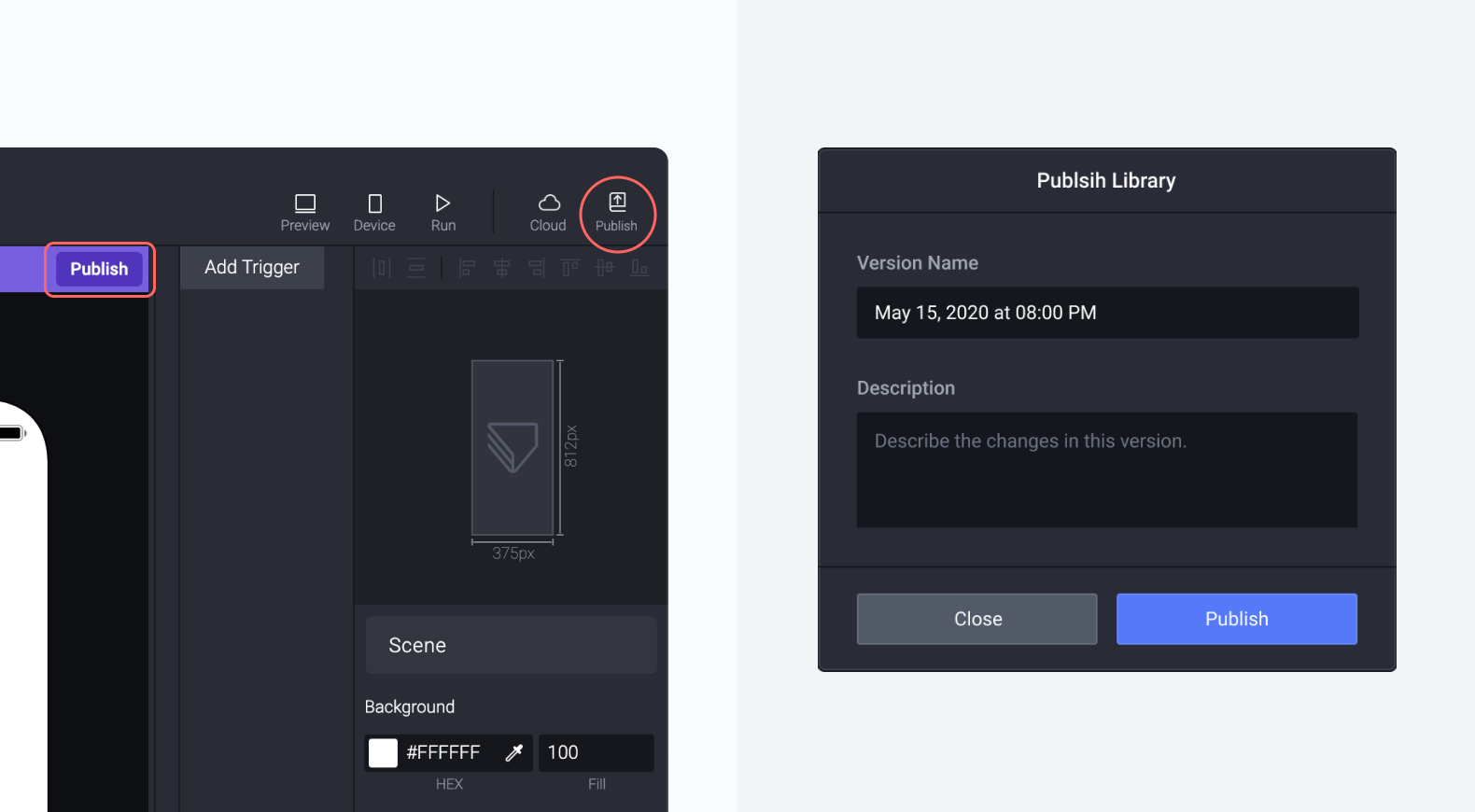 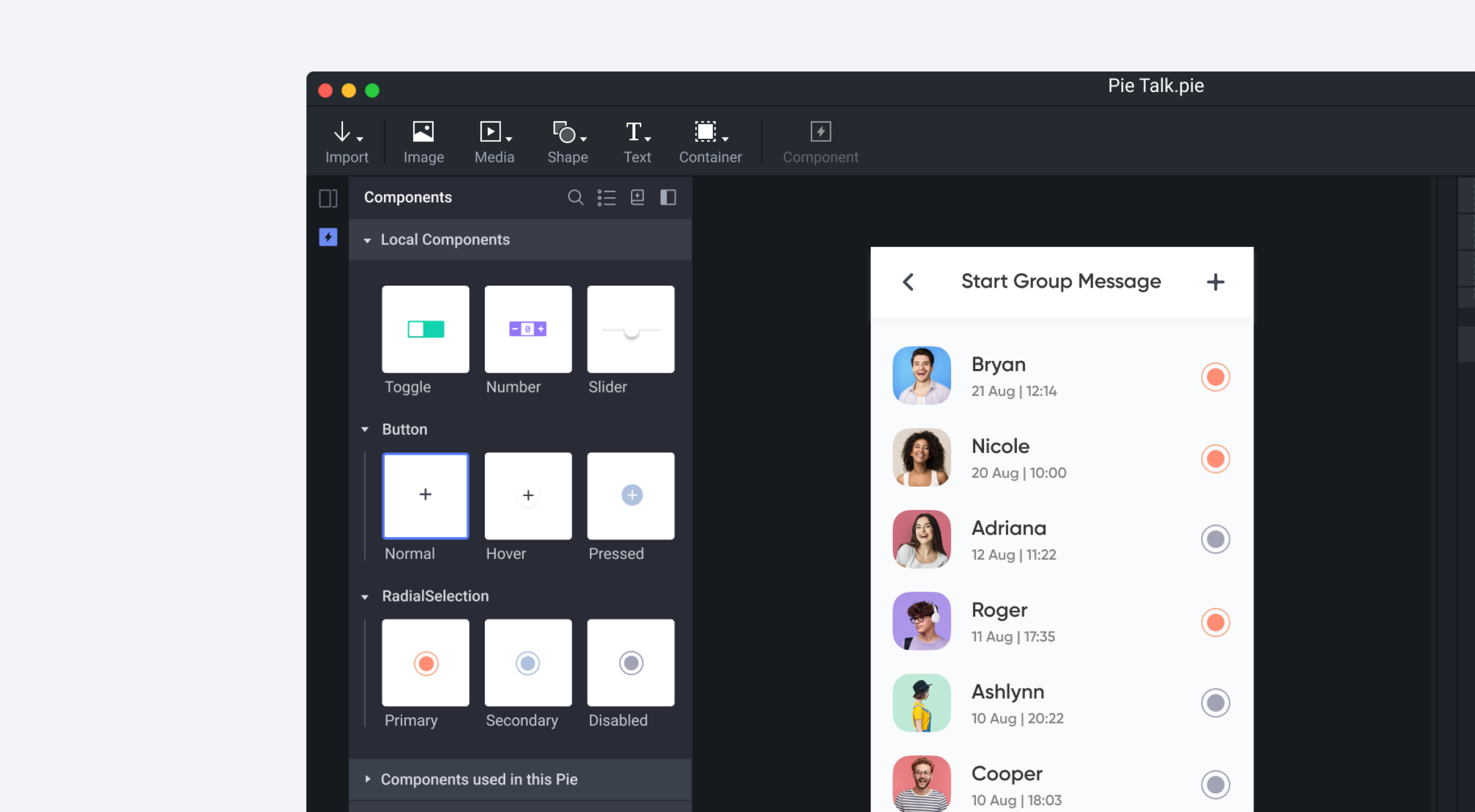 If the interaction libraries of which components are being used as instances in your prototypes have been updated, you will see a notification on the Update Library icon. You can choose which interaction libraries to update in the Update Library window. Optionally, you could refresh manually by clicking on the refresh icon in the top right corner to check for new library updates. 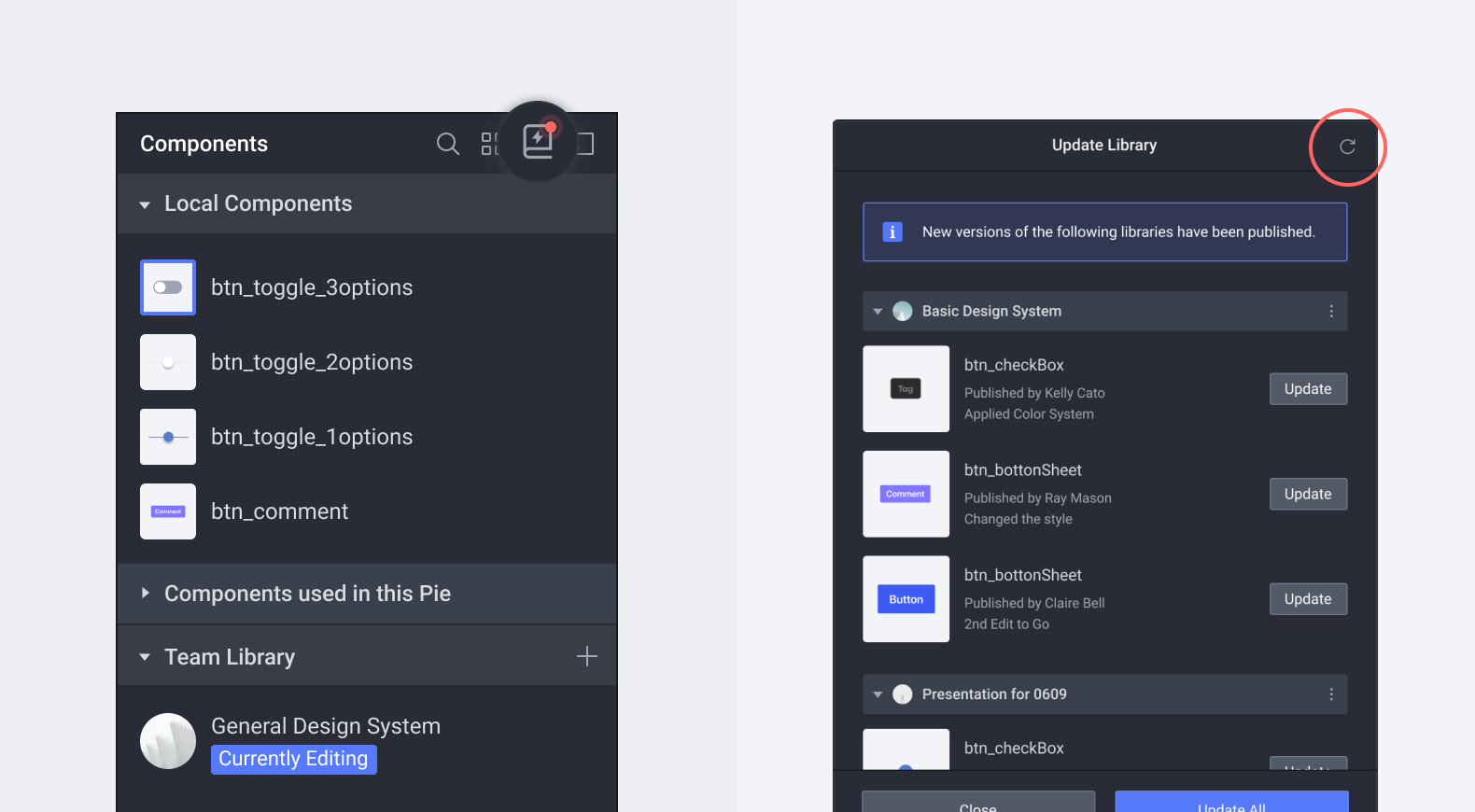 You don't always have to create a library first and then add components. If you have a Pie with local components already, just export it as a new library by clicking on File and then Export as New Library. This way, you can basically put all components that you have in a Pie into a library, all at once. 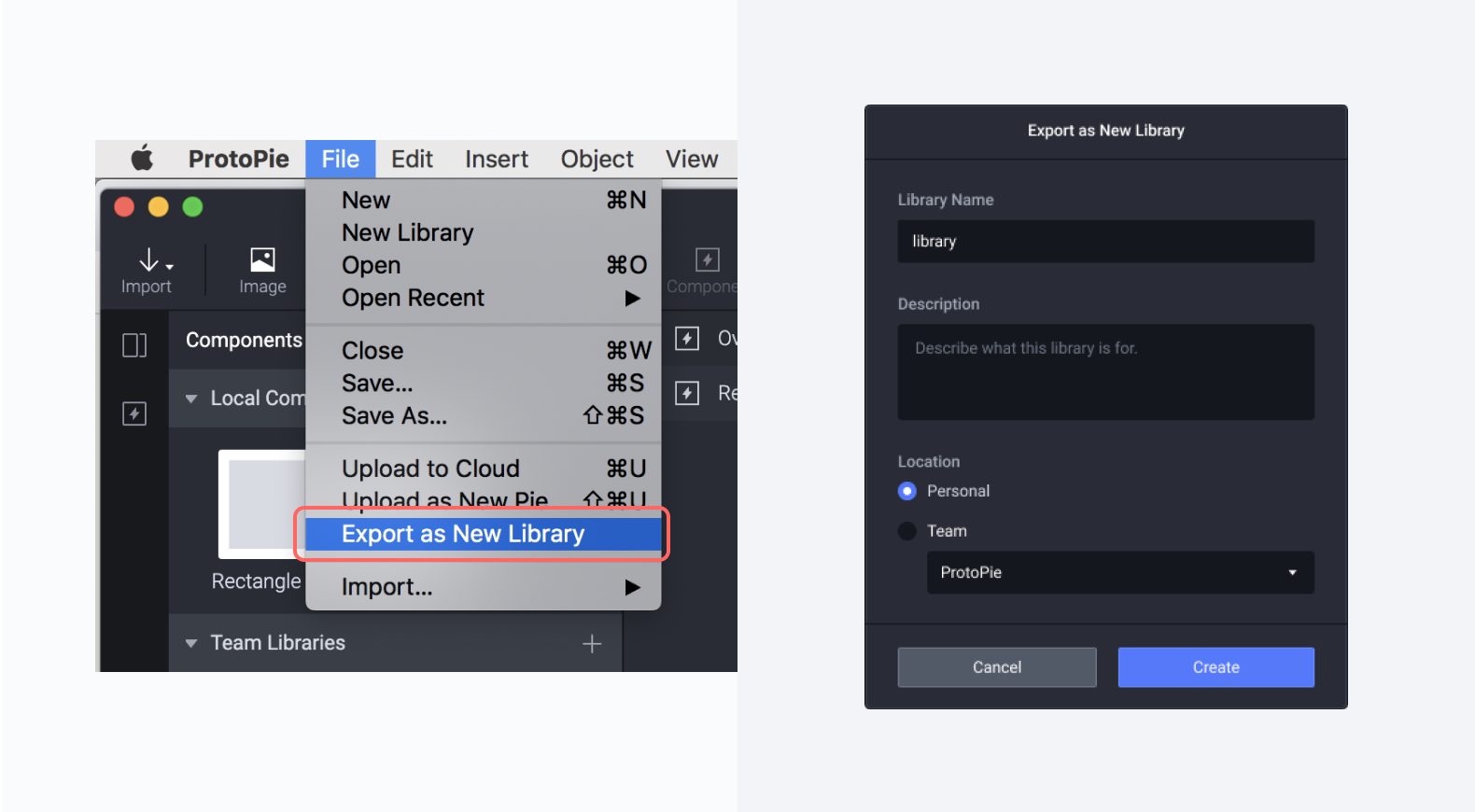 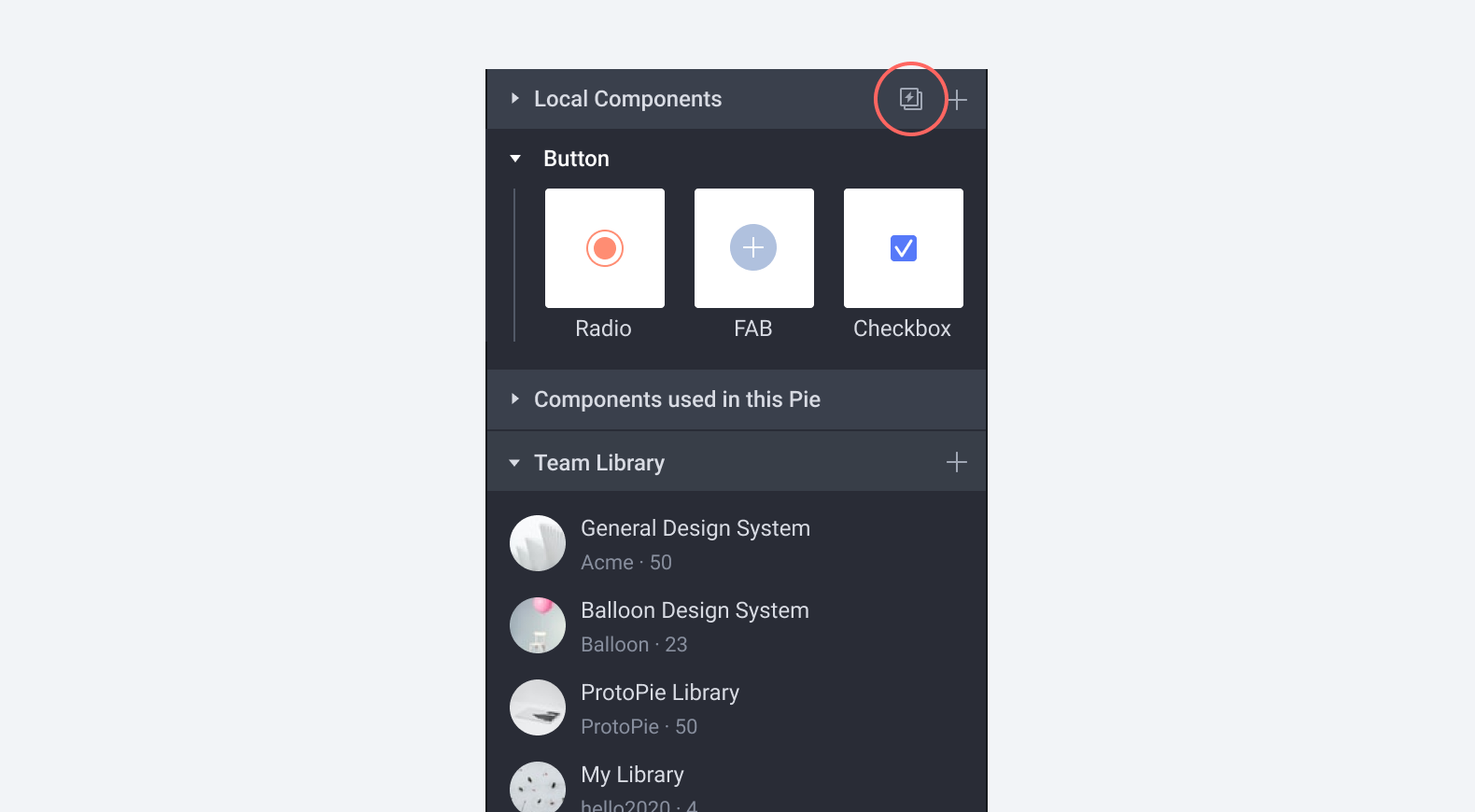 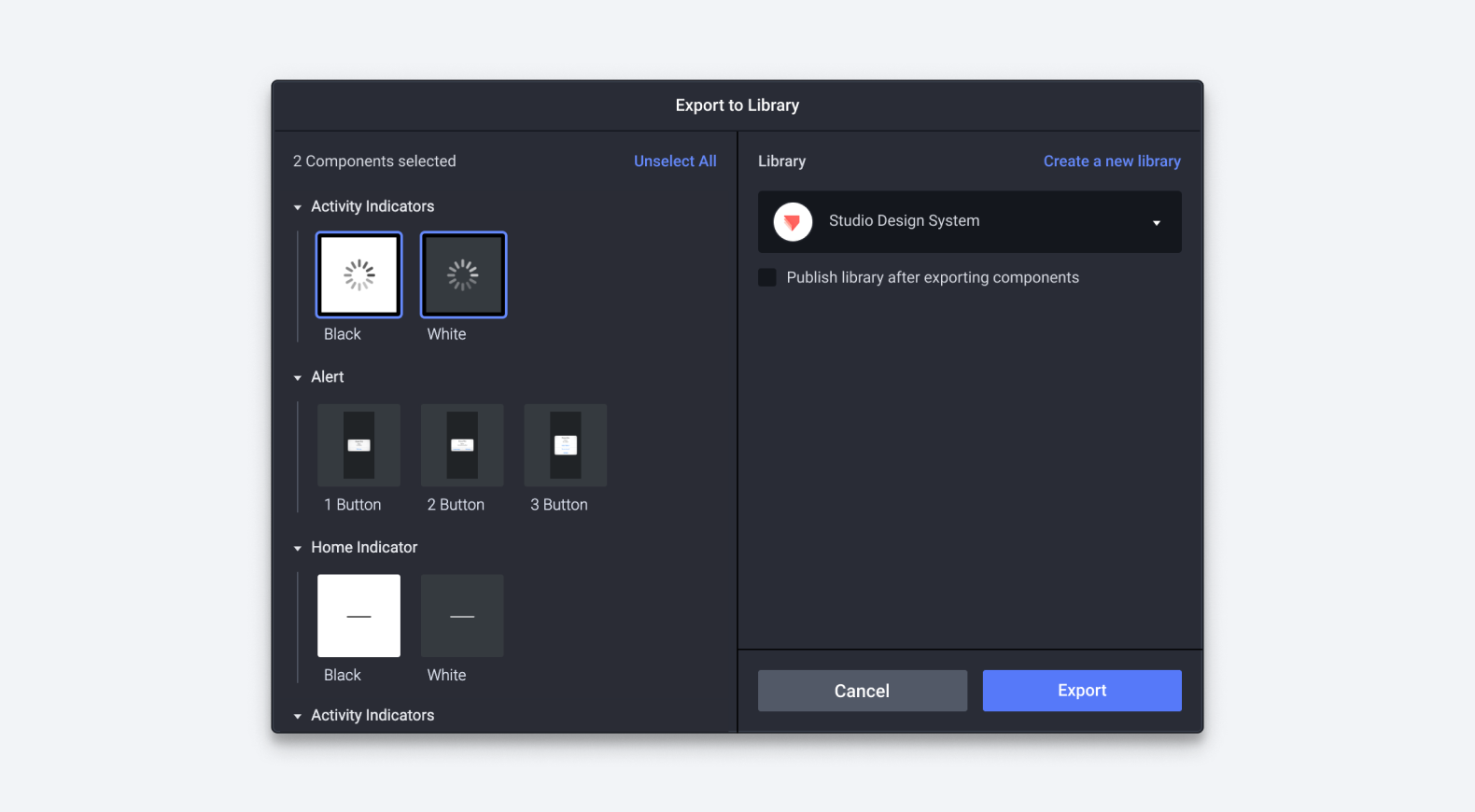 In the Export to Library window, you can select one or multiple components and choose a library to export to. Moreover, you have the option to publish this library right after exporting. 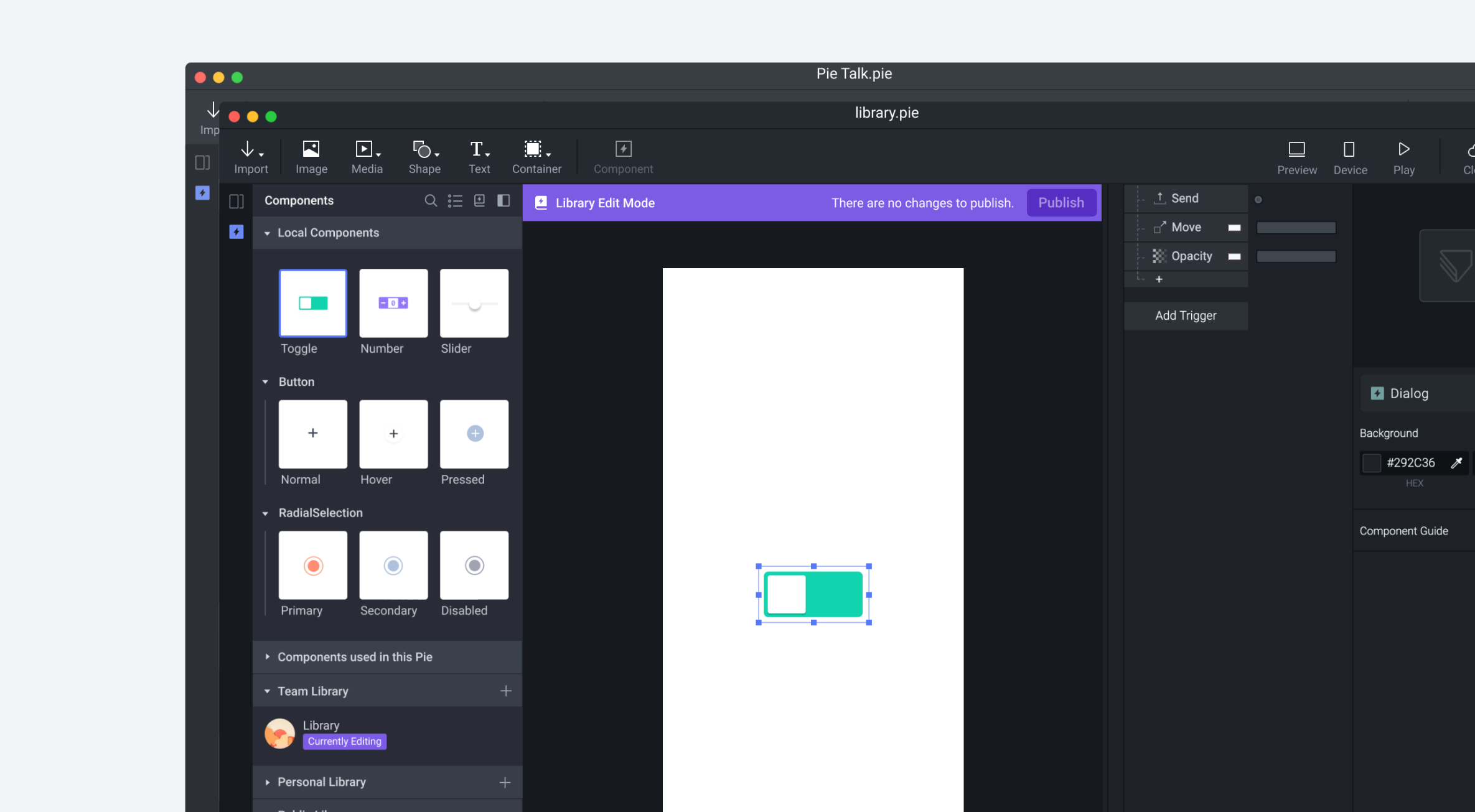 If someone made changes and published these to the same team library that you are currently editing, you will see a warning message. You can handle conflicts in two ways. 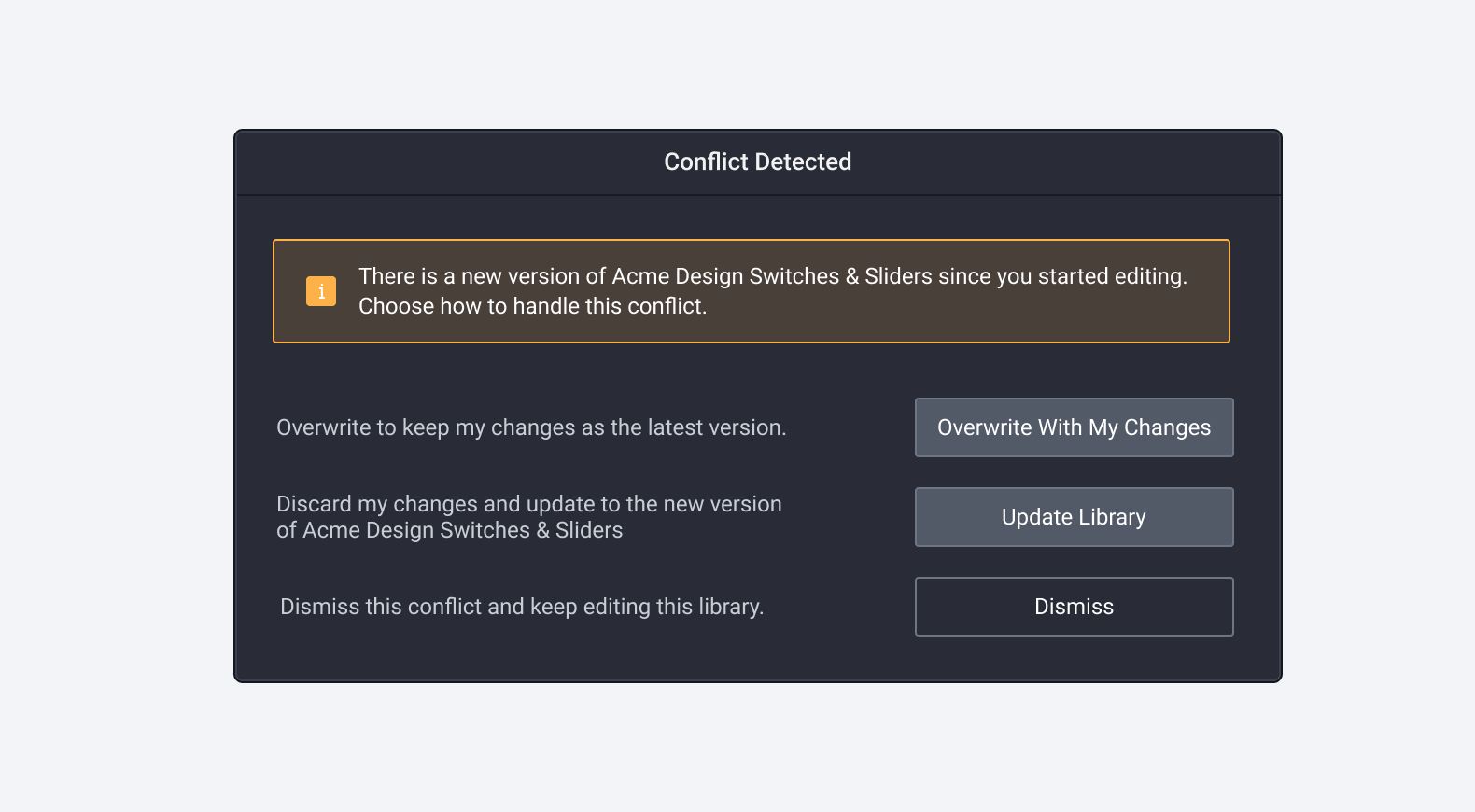