The recipe page is where team members can see the interaction recipe–the recorded scenario and all interaction specs needed for implementation. 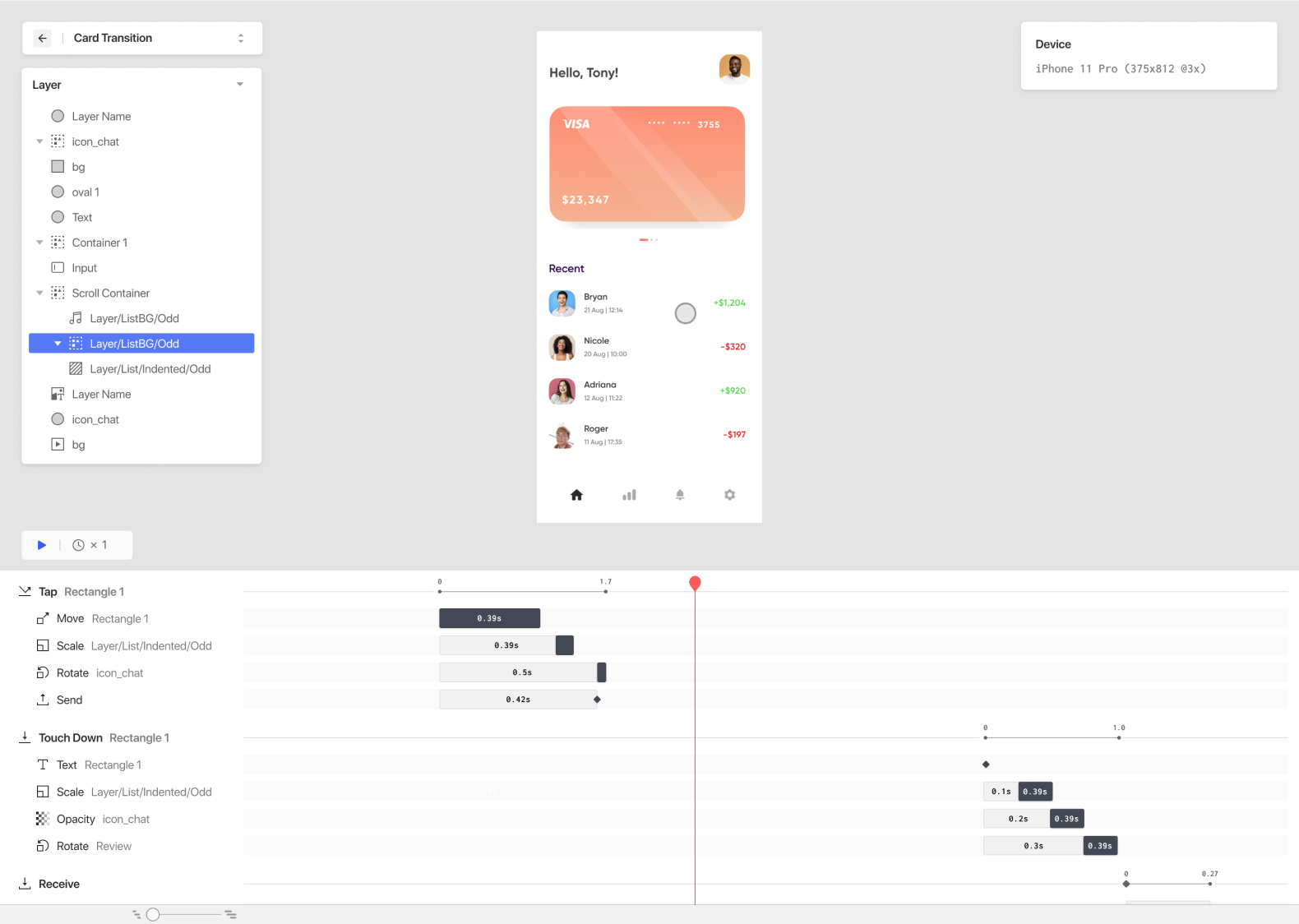 You can play the recorded scenario of an interaction recipe by clicking on the Play button at different speeds. If you want more precise control, drag the timeline scrubber to shuttle forward or backward to any point in time. 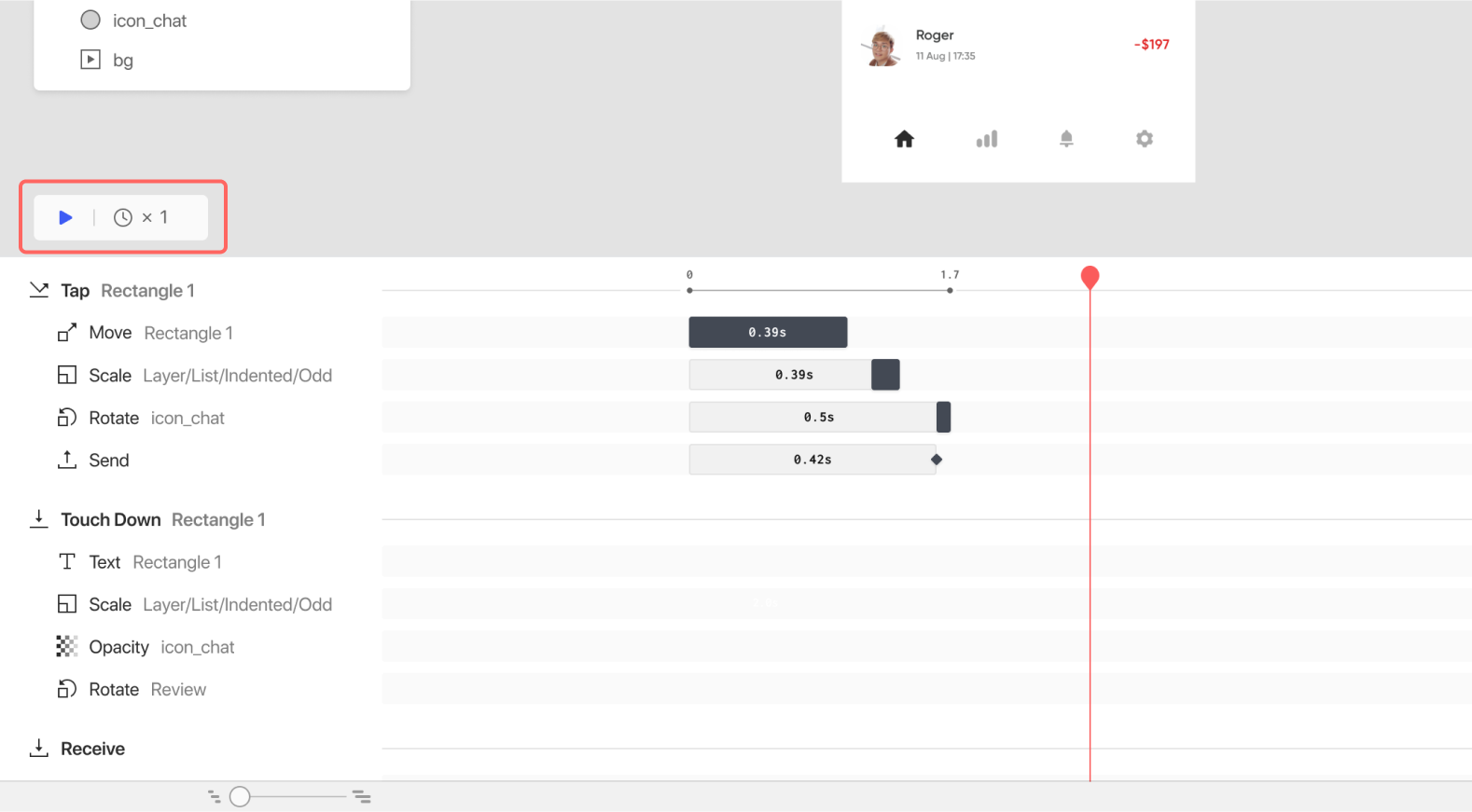 If you select any trigger or response on the timeline, you get to see the corresponding interaction specs and layer properties in the property panel on the right side. 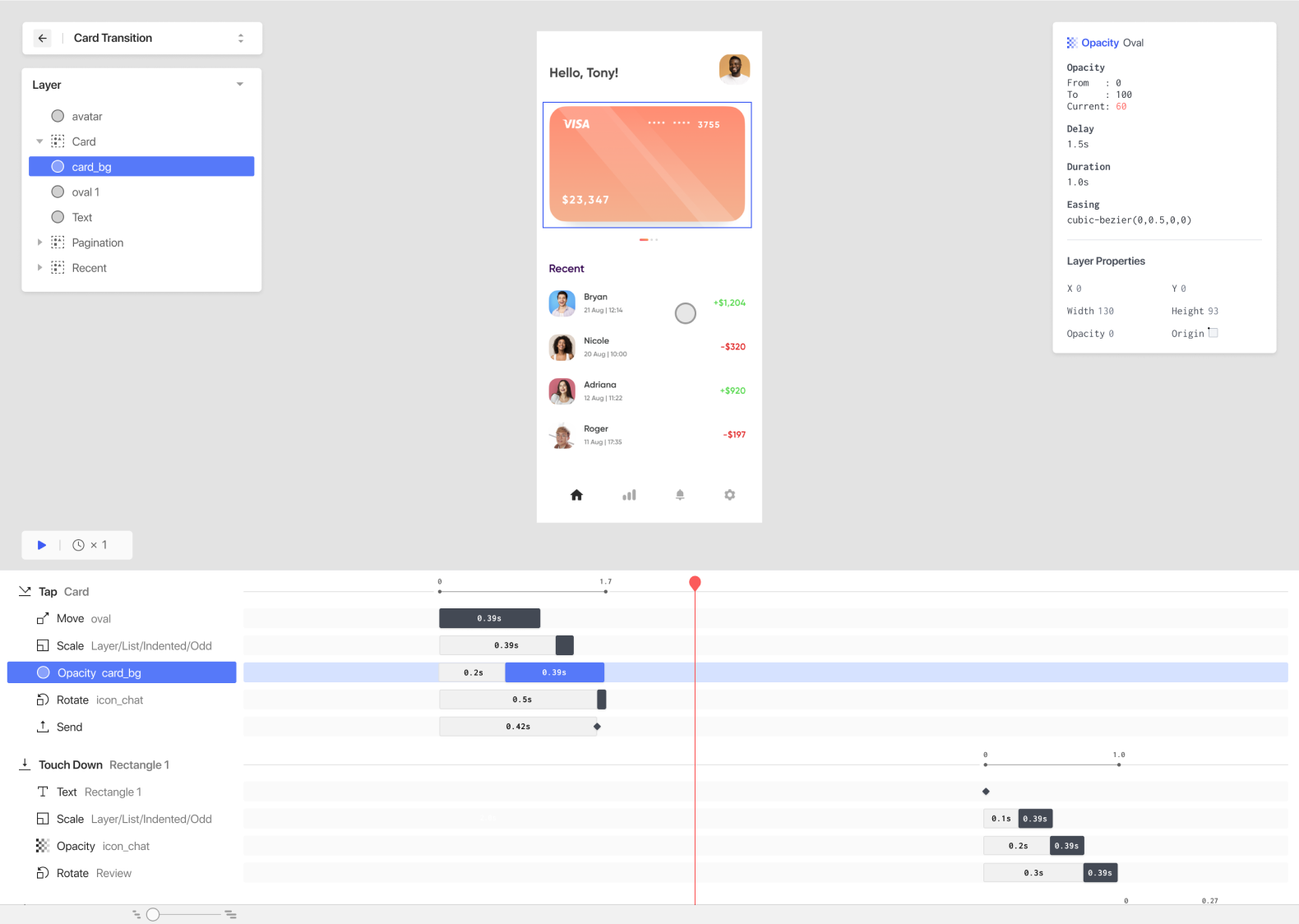 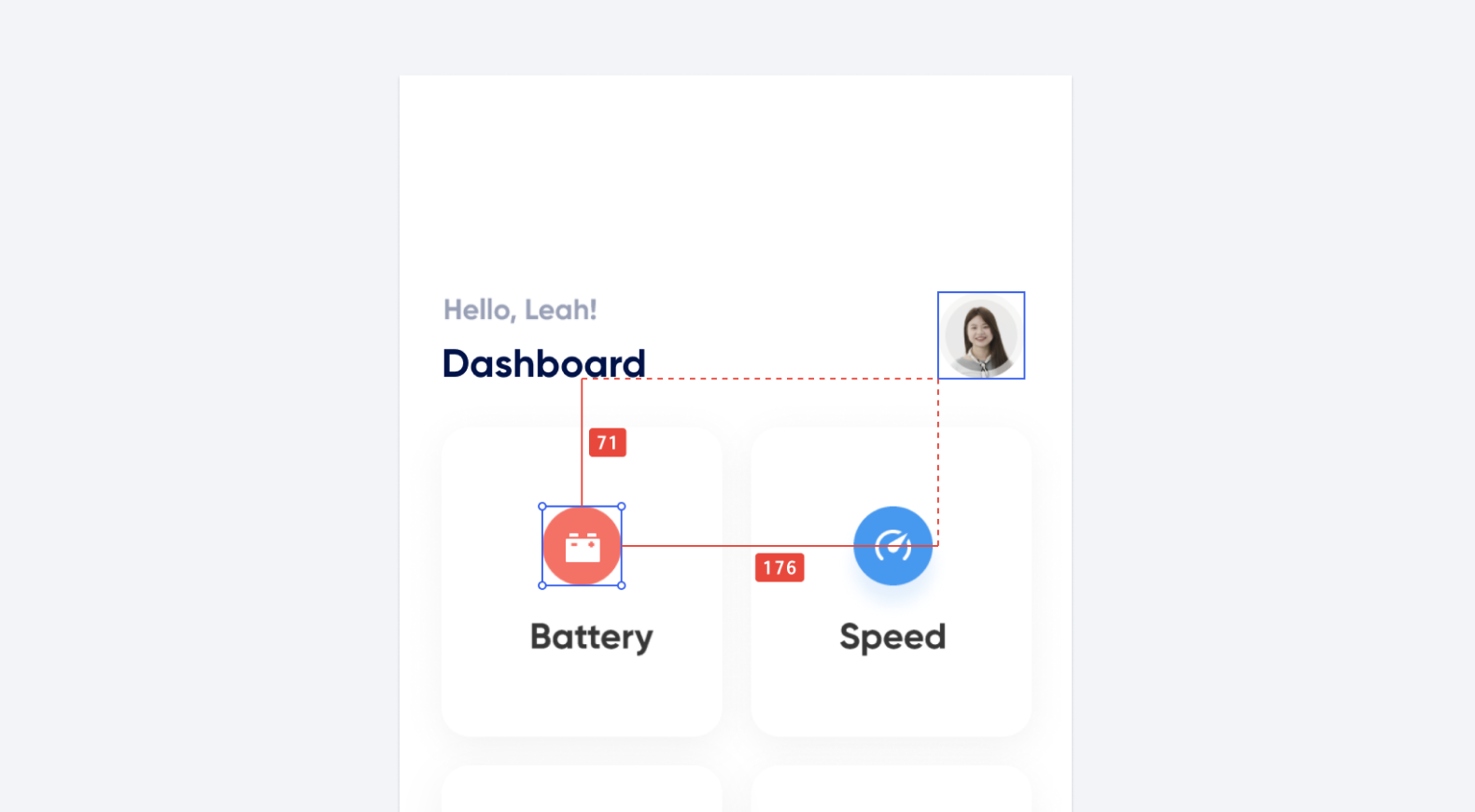 You can see the horizontal and vertical distance between objects in the preview by hovering your mouse.

Use these shortcuts to control the timeline more efficiently.