ProtoPie is the easiest tool used to turn your UI/UX design ideas into highly interactive prototypes for mobile, desktop, web, all the way to IoT.

Validate early in the process by bringing an idea to life at the speed of light.

Make it easy for stakeholders to understand and interpret your interactions.

Bring the people who matter together and drive interaction design as an organizing principle.

ProtoPie’s concept model is based on how objects move in the world instead of programming. ProtoPie allows users to generate Interactions with Objects, Triggers and Responses. Objects are the assets that will be moved or otherwise affected, Triggers are those that will move or change the Objects, and Responses are the changes that the Triggers create.

Refer to the screenshot. The tapping action for the Objects is the Trigger, and the resulting movement of the Object is the Response. 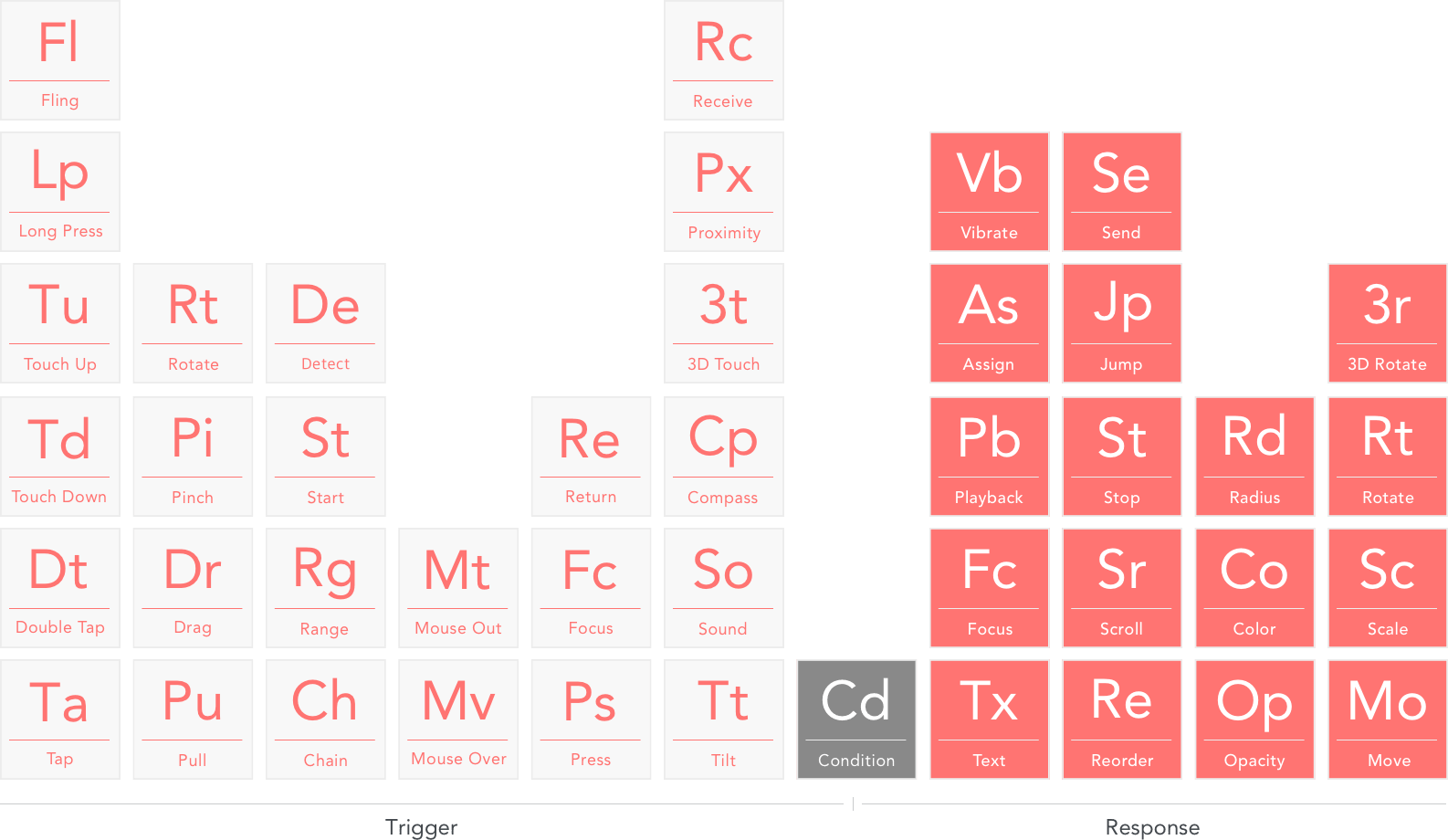 There are many reasons to use ProtoPie. Here are four major advantages.

ProtoPie has a concept model that can be intuitively understood. Moreover, ProtoPie features a user interface similar to that of other graphics tools, allowing users with designing experience to quickly become accustomed to ProtoPie.

ProtoPie allows users to create sophisticated prototypes without any code. Interaction Pieces in the forms of Triggers and Responses take the place of complex code as part of creating fullly featured prototypes.

ProtoPie supports simultaneous multi-touch input, making possible prototypes featuring interactions with two- or three-finger inputs. Moreover, ProtoPie can use the sensors built in smartphones to create prototypes that are more complex than on-screen prototypes and allow for communication among different devices, as well as prototypes for service design.

ProtoPie allows designers to test prototypes on actual devices, and that too on multiple devices simultaneously. ProtoPie can be used in a variety of scenarios, such as developer meetings or audience trials.