As mentioned earlier, as of version 3.9, ProtoPie supports variables. These variables can hold text, number or color values. The value of a variable can be modified using the Assign response, while the Detect trigger would be activated based on any changes that a layer or variable undergoes. You can use variables instead of using fixed values for responses, e.g. Move, Scale, Rotate and others.

Variables for all scenes

Variables for this scene only

A variable for this scene only is a variable that is usable only in the scene where the variable is created. This means that a variable created in Scene A cannot be used in Scene B. 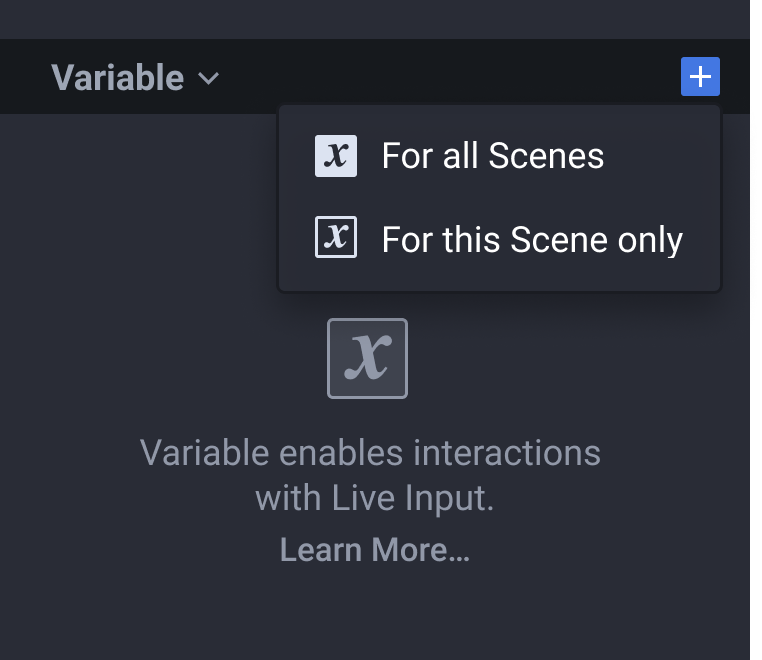 Variables can be one of the three types: a number, text or color type. These variables hold different values based on their type.

A color variable can only hold values in the #FFFFFF format (Hex color code). Any non-color value used as a value for a color variable will result in an error. 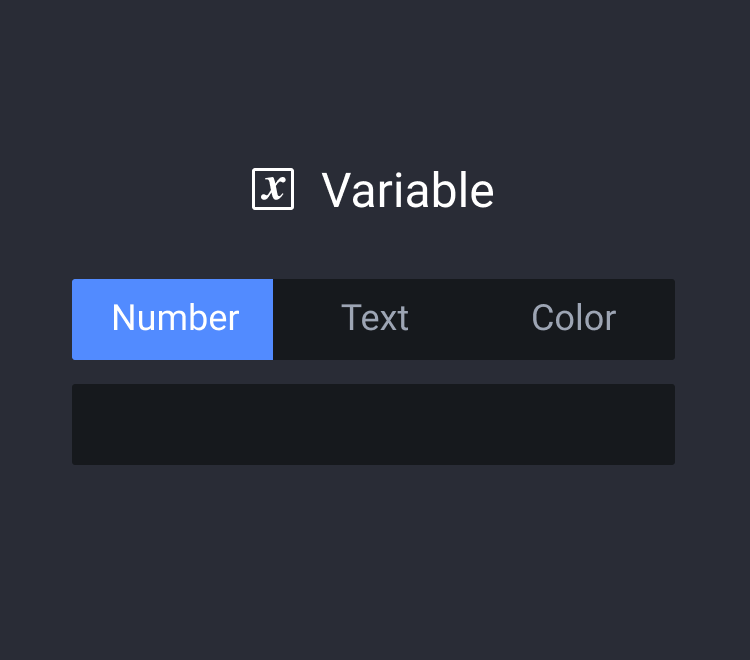 Values of variables can be displayed in the canvas and in Preview. This way, you can make sure that your variables are storing the correct values. 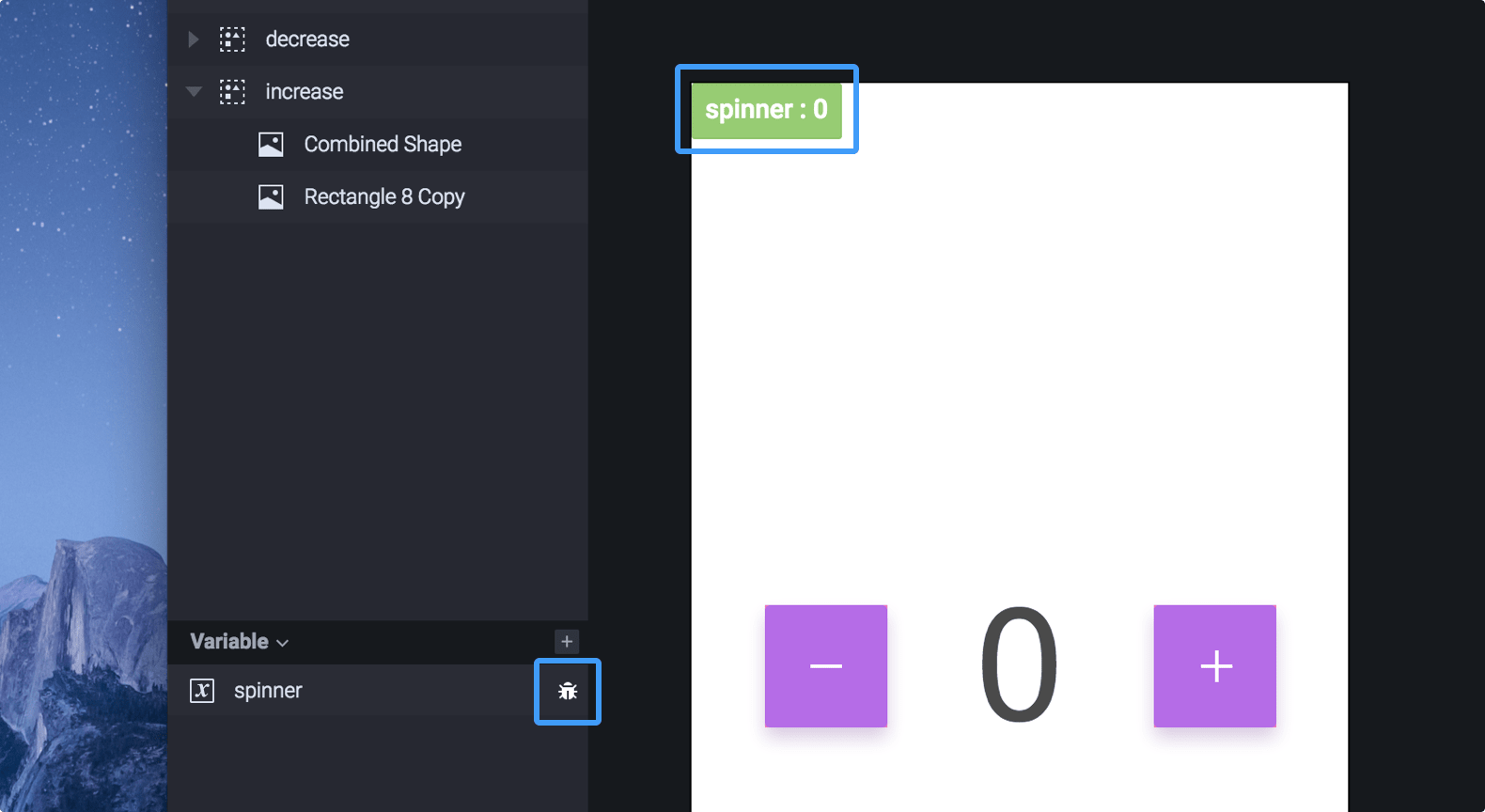 These are variables that have been predefined within ProtoPie.